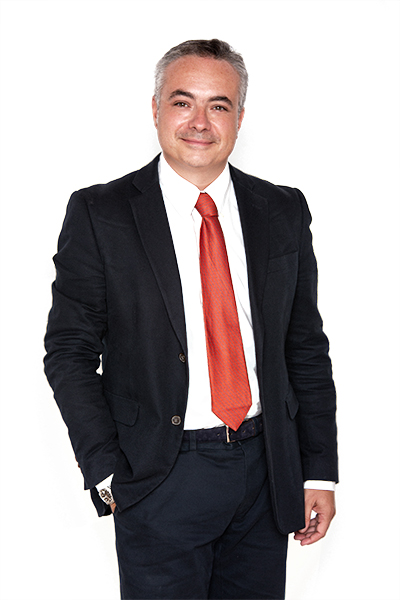 After his high school studies at MonteSion School, Juanjo graduated in law from the university of the Balearic islands ( UIB), then became a practicing lawyer after the ICAIB with the number 3748 in 2000. After his internship period and the accumulated experience of working in both a developer company and the public sector, and , after obtaining the title of insurance mediator, he founded his own law firm Lladó and partners in 2004.

Since his graduation at the Law School as attorney, Juanjo has continued his academic training by carrying out a multitude of specialization courses, among which stands And highlights the University Expert in Urban Planning Law by the UIB, and the IESE’s Real State management program. Currently he continues his training path with Doctoral Courses at UIB.

His restless nature has led him to participate in numerous business projects, one of which won him the CAEB Business innovation Award in its first edition in 2012. He is also member of several associations and of the ICAIB fee committee, where he is also author of more than a hundred of official documents at the ICAIB fee committee.

He speaks Spanish, Catalan and has an excellent command of English. In his spare time he likes Sailing, running and Sport fishing with friends and family alike.